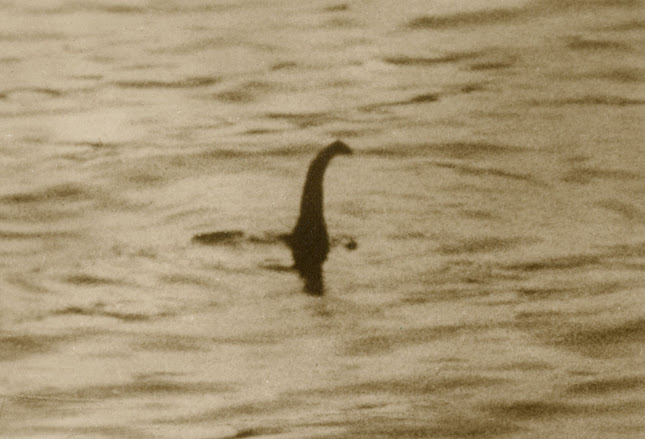 Some of the most well-known Loch Ness Monster films may be seen in a range of genres. A couple are horror films, while others are aimed towards a family audience. “The Water Horse: Legend of the Deep” is one of them. This film tells the tale of a little kid who discovers a strange egg. “Beneath Loch Ness,” a 2002 thriller directed by Chuck Comisky, is one of the scariest ones. Though there are many versions of the tale, the most of them feature a dragon or dinosaur-like monster in the lake or in the surrounding area.

On May 2, 1933, one of the earliest Loch Ness sightings occurred. Alex Campbell, a part-time journalist, discovered the potential of a monster in the loch. A few months later, on August 4, 1933, a man named George Spicer and his wife saw a dragon-like monster waddling across the road. It was holding a creature in its jaws. Over 1,000 sightings of the Loch Ness "monster" have been claimed since then, leading to a plethora of hypotheses. Some people believe the loch contains an ancient treasure, while others believe it is only a log or a boat wake.

The monster's descriptions are remarkably consistent among those who claim to have seen it.

The monster's earliest recorded descriptions all link it to mythical and legendary dragons. The monster had a long neck and a big body with one or more humps on its back, according to more recent ones. The monster isn't described having a tail since it typically remains in the water. The monster's infrequent sightings out of the water, on the other hand, tend to depict it as having a tail and webbed feet.

The Surgeon's Photograph is the most renowned Loch Ness Monster photograph.

It was named after the photographer, Robert Wilson, a London physician who shot the photograph in 1934. He claimed to have seen the creature while gazing at the lake and was able to get four photos before it retreated to the water. Only two of the four photographs depicted the creature, the first of which became known as the Surgeons' Photograph. It depicts the monster's neck and back jutting out of the water as it swims away, the lake's water rippling around it.

However, it was revealed as a fake in a December 1975 issue of the Sunday Telegraph. Marmaduke Wetherell, it turned out, used a toy submarine as a stand-in for the monster and had his grandson Ian Wetherell photograph it. As retaliation for the Daily Mail's humiliation of Wetherell in a previous story, insurance salesman Maurice Chambers sent the photos to his buddy Wilson, who sold them to the newspaper.

It was allegedly of the monster's hump protruding above the water as it swam just below the surface when Tim Dinsdale recorded it in 1960. On the final day of a six-day hunt for the creature, he grabbed it and managed to record its movements on 12 meters of film.

Experts, on the other hand, disagree that the movie is evidence of the monster's existence. Instead, they emphasize how enhancing the video makes the hump on the lake seem to be a guy on a boat. They also show out how the visuals may lead to alternative, more logical interpretations, such as a floating log, even without improving the video. Cryptozoologists, on the other hand, aren't giving up, saying that the improved images really reveal the monster's body shadow just under the surface of the lake.

Many cryptozoologists believe Antony Shiels' photos of the creature to be the clearest.

Antony Shiels, a magician and psychic, captured the photos in 1977 while camping near Urquhart Castle in Scotland. He even claimed to have summoned it out of the water in the first place using his abilities, enabling him to photograph it. Experts disagreed, and one even dubbed the monster in his photos the "Loch Ness muppet" since it seemed to be faked.

In 2011, George Edwards claimed to have captured a photograph of the creature.

He captured the picture in 2011 while on one of his regular hunts for the lake monster. Experts disputed, pointing to Edwards' apparent hump in the water, which proved out to be a fiberglass replica from a National Geographic Channel program in which Edwards had appeared. Edwards subsequently confessed in 2013 that he had fabricated his 2011 monster picture.

From the 1950s forward, sonar measurements have sparked debate.

At a depth of 146 meters, sonar from the fishing boat Rival III picked up a huge object keeping pace with the boat below in 1954. Cryptozoologists think this confirms Nessie's existence, while scientists feel it's uncertain, and that there may be other reasons.

In the 1960s, deliberate sonar searches yielded two strange readings, the first of which was subsequently disregarded as a school of fish. The second, though, remains a mystery since it did not match the sonar readings given by fish. At a depth of 23 meters, another sonar reading from a boat in 2011 found something comparable to the Rival III's findings. The measurements didn't match those of a fish or a seal, but scientists identified it as an algae and zooplankton patch in 2012.

In 1934, Edward Mountain led the first systematic hunt for the monster.

In 1934, he did so over the course of five weeks, beginning on July 13 of that year. Twenty men searched Loch Ness' surrounds with binoculars and cameras, searching for any signs of the monster. They managed to capture a total of 21 photos, none of which are very convincing to specialists. Supervisor James Fraser remained until September, when he was finally able to photograph the creature. Experts also reject it as evidence of the monster, claiming that the animal seen on video was a distant seal.

In Britain, there was once a specific organization dedicated to finding the monster.

Normal Collins, Richard Fitter, David James, Peter Scott, and Constance Whyte established the Loch Ness Investigation Bureau (LNIB) in 1962. They maintained a tent near the lake at Achnahannet from 1965 to 1972 and dispatched observers around the lake on a regular basis. The LNIB had over a thousand members at its peak in 1969, with slightly over half being from the United Kingdom. In 1972, the LNIB came to an end.

From the 1970s forward, Robert Rines spent a lot of time looking for the monster.

In 1972, he attempted to locate the monster using a combination of sonar and an underwater camera. He finally captured a shot of its fin, but subsequently confessed to altering the image since the original was too fuzzy.

In 1975, Rines claimed to have photographed the monster's torso and head during another hunt. Experts disagreed, claiming that the monster's body was a log and its head was a stump. Rines conducted a further search in 2001, and although he was unable to locate the monster, he stated that the lake may have a secret link to the sea. Experts were more receptive this time, based on Rines' discovery of saltwater clams and fungus under the lake. In 2018, a last search yielded nothing of relevance.