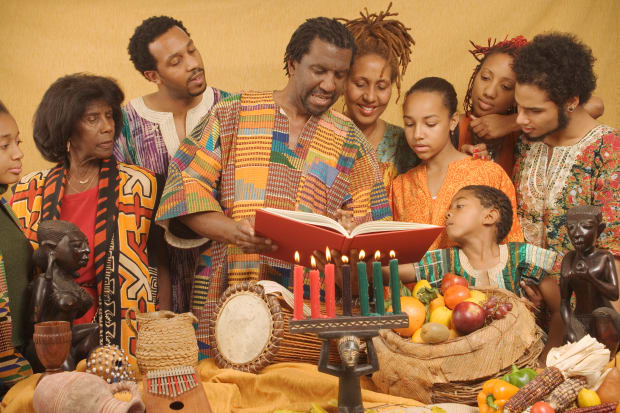 Kwanzaa is an American cultural festival that runs from December 26th to January 1st and honors African ancestry. Kwanzaa is a cultural celebration, not a religious one. Dr. Maulana Karenga founded it in 1966 to honor African culture and to encourage African-Americans in the United States. Although Kwanzaa originated in the United States and is mostly observed there, it is also observed in other nations. Kwanzaa is celebrated by an estimated 18 million people worldwide. Kwanzaa festivities often feature poetry, storytelling, African dance, and drumming, as well as a large feast called Karamu on New Year's Eve.

The term Kwanzaa comes from the Swahili phrase "Matunda ya Kwanzaa," which means "first fruits of the harvest."

The three colors of Kwanzaa are red, green, and black.

The Kwanzaa color red represents the bloodshed that occurred throughout the African people's fight for independence.

Green is a Kwanzaa color that represents Africa's rich soil.

The color black represents the people in Kwanzaa.

Nguzo Saba is a set of seven Kwanzaa ideals. Umoja, Kujichagulia, Ujima, Ujamaa, Nia, Kuumba, and Imani are among them.

The concept of oneness, both in the family and in the society, is known as umoja.

Kujichagulia is the principle of self-determination, which includes both communal duty and speaking for oneself.

Ujima is the concept of communal effort and responsibility in the construction and maintenance of one's community.

Ujamaa is a cooperative economics concept for starting and running companies.

Nia is the concept of purpose, which entails setting and achieving objectives that benefit the people in the society.

Kuumba is the creative concept of creating a better and more attractive community for future generations.

Imani is a religious concept that entails trusting the community's leaders, teachers, parents, and citizens.

Kwanzaa lasts seven days, with a candle being lighted and one of the seven principles being addressed each day.

Mazao represents vegetables, nuts, and fruits, and serves as a reminder of the harvest that sustained and nurtured Africa's people.

The Mkeka is a mat on which Kwanzaa emblems are put. It's usually composed of African fabric or straw.

The Vibunzi is a corn ear that is put on the Mkeka to symbolize fertility, with one ear of corn for each kid in the household.

Mishumoa Saba is the name given to Kwanzaa's seven candles, which symbolize the seven ideals.

The Kikombe Cha Umoja is a unity cup from which people sip to commemorate their forefathers and mothers.

The Zawadi are the presents exchanged on Kwanzaa's final day, January 1st. Gifts presented on this day should promote the recipient's self-determination, development, success, and accomplishment.